When a thing is appropriate, it is right or normal.

→ It's appropriate to wear a suit when you go to the office.

To avoid something is to stay away from it.

→ Avoid the broken bottle on the floor.

To behave is to act in a particular way, especially to be good.

→ She always behaves well when her father is around.

When someone is calm, they do not get excited or upset.

→ A nice warm bath makes me feel so calm.

Concern is a feeling of worry.

→ I was filled with concern after reading the newspaper.

To be content is to be happy and not want more.

→ The baby looked very content sitting on the floor.

If you expect something to happen, you believe it will happen.

→ I expect the bus to be here very soon.

When something happens frequently, it happens often.

→ We meet frequently, either at the beginning or ending of the week.

A habit is a thing that you do often.

→ Smoking is a bad habit that can kill you.

To instruct is to teach.

→ My teacher instructs us in several subjects.

An issue is an important topic.

→ The men spoke about issues that were important to the people.

None means not any of someone or something.

→ He spent all his money. There is none left.

If a person is patient, they don't become angry or upset easily.

→ I had to be patient and wait until 5 o'clock to leave.

If something is positive, it is good.

→ She has a positive future ahead of her after finishing college.

To punish means to make someone suffer for breaking the rules or laws.

→ To punish me, my teacher had me stand in the corner.

To represent is to speak or act for a person or group.

→ My lawyer will represent me in court.

To shake is to move back and forth or up and down quickly.

→ When people shake hands, it usually means they agree.

To spread is to move quickly to more places.

To stroll means to walk slowly and calmly.

→ My dog and I strolled through the park today.

A village is a very small town.

→ There are only a few houses in my village.

John's dog was a bad dog. He bit people frequently. John had great concern about this. It was not an appropriate way for a dog to behave. His friends in the village alwaysexpected the dog to bite them. The news about John's dog spread through the village. None of the people wanted to go to John's house.

John tried to instruct the dog to behave, but it never worked. He tried to be patientand teach the dog to be calm. That also didn't work. John didn't want to punish the dog. "How will I stop my dog's bad habit?" John asked himself.

John's friend came to talk to him about the issue. During their important meeting, his friend said, "The people in the village asked me to represent them. We want your dog to stop this habit. Why don't you put a bell around the dog's neck? This way, we would hear your dog coming down the street."

John thought this was a great idea. Now, people could stay away from the dog. It would not be able to bite anyone anymore.

The dog liked the bell, too. People looked at him when they heard his bell. This made the dog very content. He liked the song the bell played when he walked.

One day, John's dog strolled through the village and met some other dogs. Heexpected them to want a bell like his. But they laughed at his bell. They said the bell made people avoid him. John's dog shook his head. "No, they look at me because they like the bell."

The other dogs said, "You have the wrong idea of what makes you popular. Of course they like your bell. It tells them where you are so they can avoid you. You aren't able to bite them anymore!"

You see, being popular isn't something positive when it's for the wrong reason. 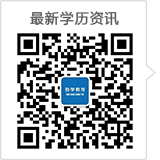